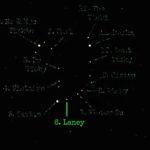 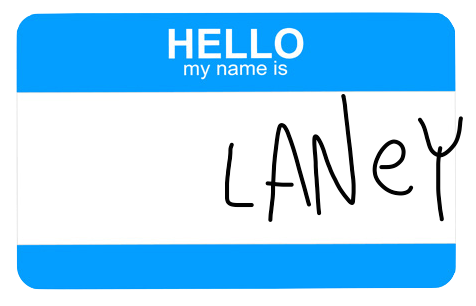 Mr and Mrs Lothaire Victoria had adopted the off-centered nymph at age four. They’d heard there would be problems with Laney, but they sought inspiration in her friendly grey eyes and waited patiently for the child to speak. Along with a suggestion that the girl loved candy that looked like medicine, the only information provided pertained to her father, a colorful character who had a penchant for drilling holes in his head. There had been no mention of a twin sister throughout the adoption process and only after months of coaxing did a tidy little hum escape from Laney as she swept her dolls over a braided rug. Sound. The humming continued for weeks before Laney pronounced the name of her missing other half, only to be met by encouraging smiles of her new parents, who tried to help clear up the confusion. “Laney, dear. Your name is Laney.” As the years leaked by, Laney forgot her sister, but the night played tricks on her. Imaginary friends took the name Vicky and friendly animals came to pace at the foot of her bed in the moments between sleep and wake.  A luminescent blue fox whispered Vicky, Vicky.  Her sleep-fogged brain insisted on twirling the name around, weaving it into dreams for decades to come.

The Victorias had worked hard and made a small fortune by engineering and patenting vending machines. Lothaire twice had to sue former business partners for full rights to the design, but in doing so became solely responsible for the liabilities associated with the machines. In a grievous oversight, the insurance was not properly carried over when Minvin Machines became L. M. Victoria Co. and the emerging empire was stopped in its tracks as an olympic ice skater altered the Victoria destiny. The skater had been on tour and visiting an all-night laundromat equipped with one of Lothaire’s creations. While trying to wrangle a bag of chips that dangled tauntingly over a ledge of snacks, the skater’s arm became hopelessly wedged in the machine. A team of firefighters gave it their all; the ice skater’s arm was amputated at the elbow.

Lothaire’s lawyers tried unconvincingly to demonstrate that it was, in fact, the legs that were important to ice skating, not the arms. Each legal team paraded across the courtroom, simulating double axles that either benefitted or suffered from the partial absence of a limb, but the judge found that a hand was indeed helpful for balance, not to mention artistic flair. Lothaire Victoria, uninsured and solely responsible for his monster, signed the judgment that bound him to a lifetime of incapacity payments for the young star whose light who would no longer shine so brightly.

The contents of the Victoria home were carried away by various repossession teams, leaving nowhere to sit, but ample room for Laney to run. What they lacked in toys and furniture, Lothaire and Minnie made up for in their patient parenting. When Laney’s head hurt, they gave her powdery orange chewable pills. They told stories and had picnics on the living room floor. They read from the expansive collection of leatherbound books that were lined up shelfless along the wall, inventing a game called “Sages of the Ages” that involved reading passages with overdone foreign accents. When the last of the books was carted away, they went to the library and often stayed until closing time, each Victoria quite content in his or her section.

Laney was less interested in books than her parents, but found that you could check out all sorts of things from the library, from puppets to telescopes. She once came home with a bundt cake pan, just because she felt sorry that it hadn’t been checked out in years. She gave puppet shows to her invisible friend and sister, Vicky, in the empty house.

After four years, Lothaire and Minnie clinked glasses of champagne together in the kitchen as quietly as possible. The ice skater had been in another freak accident, this time losing her life, in essence freeing L. M. Victoria Co. from its bondage. One by one, the works of art returned.  One painting, a Jackson Pollack, especially captivated Laney. Her father insisted it was the even distribution of color that was pleasing to the eye, but Laney saw another form of beauty in the desperate paint configuration that made her want to hold tight onto her father in the hallway.

One day, when her second family was the only one she could remember, Mr Victoria took Laney on his knee and told her a story of a little girl who was left under a tree in a land far away. The land she lived in had no more room for little girls and the Victorias had a big, big house. Lothaire asked if they should invite the girl to come live with them. Laney had so many questions. Was it a Christmas tree that she was found under? Was her name Vicky? Would she belong to Laney?

“Sweetheart, she’ll be part of our family. And she’ll be your sister.” The whole family boarded a plane, crossed several time zones, and returned with Ping. Out of guilt for the skater, Lothaire had specifically requested an orphan with a missing limb. Laney like to carry the one-legged girl around and feed her tiny round pebbles in the back garden. Laney called the pebbles her pills and she only shared them with people she truly loved. Ping was soon Laney’s favorite person in the world and she would do anything to protect her.

Lothaire and Laney ceremoniously threw Ping’s wheelchair into a dumpster one day at the beach, insisting she get more practice with her new prosthetic limb and crutches. Sunburned brats would point at Ping by the lakeshore and whisper. Laney charged in to the waves with her sister and taught her to swim. Years later, Ping would be the first one-legged lifeguard in the upper midwest, but for now she had to practice holding her breath and having underwater tea parties with Laney.

The Victorias were financially successful, but out of wall space for art, so they resorted to collecting more children. When Ping and Laney were both nine, Lothaire sat them both down on beanbag chairs and told them that Hua and Li-Hua would be arriving soon.  These new twins were also from a faraway land, and needed an operation in an American hospital to separate them into two bodies. Ping was immediately jealous when the twins arrived and Laney shared her pebbles with them. By the time chubby little Meilen arrived a year later, the rock garden was nearly empty. Laney had to scrounge around in the bushes to find pebbles for Jade, her youngest sister who incidentally had no arms.

Although Laney knew she wasn’t supposed to have a favorite, Ping was her sister of choice. The two could talk without speaking and fight without touching. They were connected at a more fundamental level than the other sisters and Laney knew immediately when Ping began to slide into sadness.

Mr and Mrs Victoria were not originally as concerned as Laney, who saw Ping’s bouncy gait turn into a laborious affair of dragging her plastic leg like dead weight. It was Laney who felt a wet pillow on her cheek as Ping cried silently by her side each night. And it was Laney who kept a chart in her notebook to document how often she saw the dimple in Ping’s left cheek, a dimple that only came out when Ping smiled. It had been three weeks since she’d last ticked a box on the chart.

Ping’s low spirits first became apparent to her parents with Minnie’s Shakespeare test. On tenth birthdays, she made each of her daughters pick a sonnet as a window into her character. Laney eagerly latched onto a passage rife with science:

Not from the stars do I my judgement pluck,
And yet methinks I have astronomy,

But pigtailed Ping, whose birthday followed a week later, crossed her arms in defiance as her little sister Jade looked on in wonder. Jade never crossed her arms. Ping read in a low voice from memory:

No longer mourn for me when I am dead,
Than you shall hear the surly sullen bell
Give warning to the world that I am fled
From this vile world with vilest worms to dwell.

By this time the Victoria family counted eight souls, but only seven who were enthusiastic about being alive. Laney knew she had to help her glum sibling on their next family outing. After three hours at the Quatchik County library, Laney piled into the wide handicapped-accessible van with her sisters and a book, Mastering your Universe by Victor Su, that would save Ping. 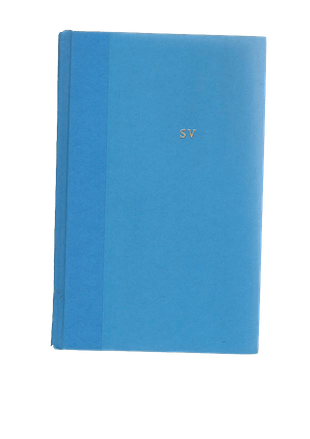