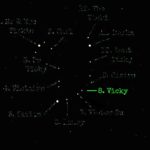 A now 27 year-old and still relatively taciturn Vicky was leading herself on a journey to try any drugs she could procure in her dullish neighborhood. This usually ended up being a derivative of cough medicine or unidentified pills from the pizza man. It would sometimes be enough to make her forget all the effort she had put into forgetting, allowing her to wake to the bliss of an empty mind. But her photography was turning shades darker by the day, focusing on unskilled graffiti and the undersides of bridges. Pigeon poop made its way into several compositions. A greyish thudding sensation wouldn’t escape her brain for more than a few seconds at a time and each click of the camera shutter seemed to increase the pressure in her head.

Vicky needed to calm the pulsing behind her eyes, so she rummaged through her home pharmacy before the afternoon’s job of capturing pseudo-celebrities on film. The combination of four different, but reassuringly legal, potions brought the thumping to a halt, but left her fingertips numb. Vicky questioned her desire to see anymore tomorrows as she walked to work, snapping shots of litter-filled puddles along the way.

There was a jolt of recognition, accompanied by the most stereo of sounds.

Millions of colors moved in pinstripes, churning but never mixing, in every direction she looked.

A wordless comprehension of the universe engulfed Vicky for a precious moment, with a lifetime stretching forward and back to a little blue fox at the foot of her bed, then cruelly robbed her of the vocabulary to describe what she’d experienced. And then, as surely as she’d discovered the meaning of Everything, it was gone. Vicky rubbed her eyes and continued on her path.

This seemed to be a day of optical illusions because minutes later the couple she was scheduled to photograph appeared and the wife looked too familiar to be coincidence. She was tied up in an elaborate silk scarf, but her face was like an illumination. Vicky was transfixed-she couldn’t move as she stood, head cocked to one side, admiring the burst of light that had crossed her path.

The woman reached out a hand and Vicky took it limply in her own. “Have we met somewhere before?” asked the brightness.

“Vicky Victoria. And no, I think I’d remember you,” she replied.

The woman had invited her for coffee, which was a moment Laney preferred to forget. She had felt a spark that made her reach for the woman, but there was no connection. All of Laney’s electrons had bounced out gracelessly onto the table as the substantially more beautiful version of Laney refused to complete the circuit. She felt shame now as she remembered suggesting they were sisters.

But one year later, there was a message on her phone from Dr Venkataraman that made the corners of her mouth turn up. She hadn’t been wrong; that woman was another sister. And even stranger, she had another father. One that had brought her on hot air balloon rides and made her grilled cheese sandwiches. Didn’t she remember? They would meet again tomorrow. Her birth father still loved her, the doctor had said with a lightness that rang bells. Vicky loved his voice. 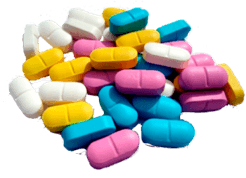