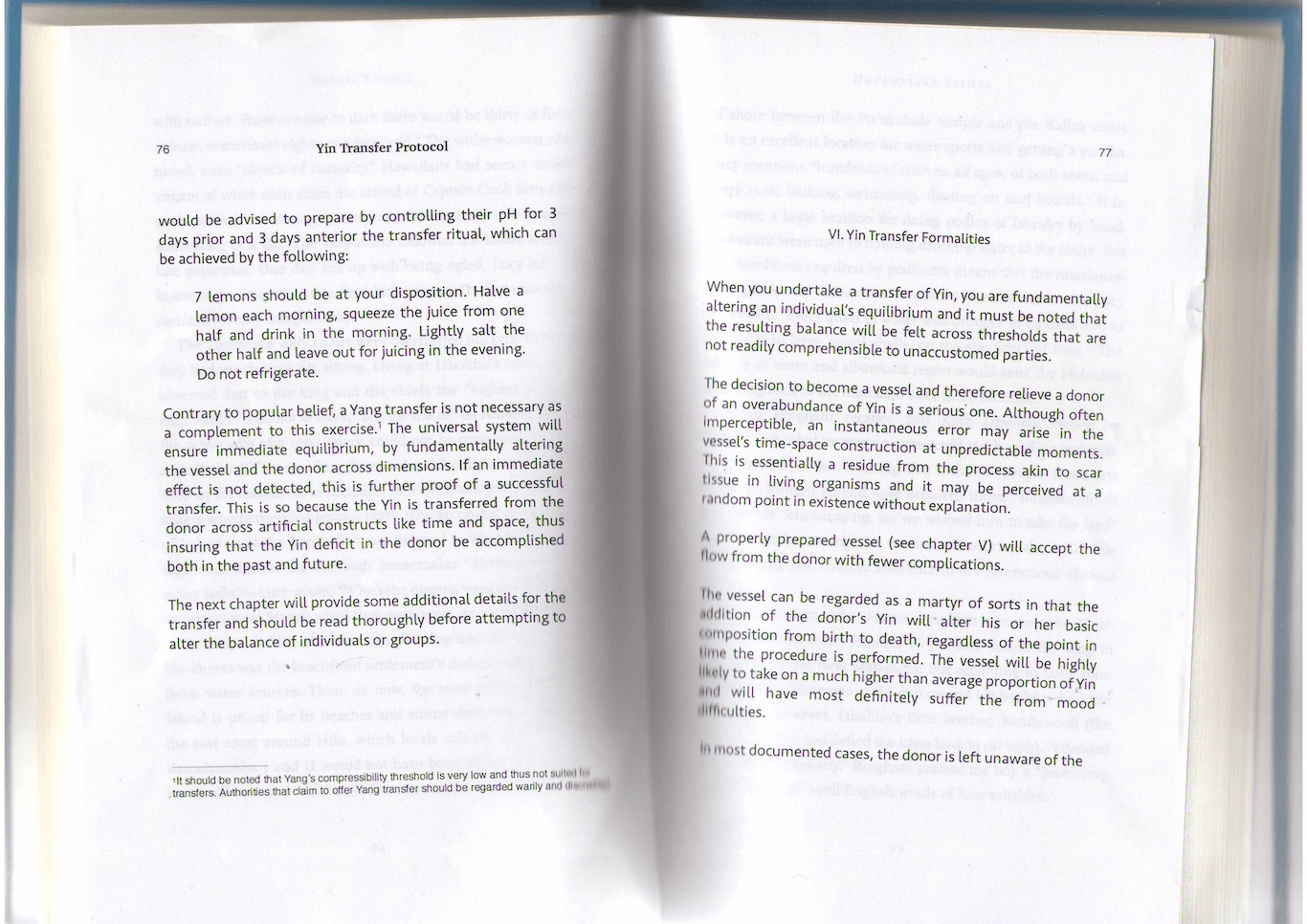 Laney read the book twice before going through the complicated procedure of transferring her sister’s darkness to herself. She was sure it would work, especially since Mr Su had also been exported from Ping’s country of birth and seemed to be very authoritative on the subject of the universe. Laney wanted nothing more than to take away the pain that would otherwise crush her dear Ping under its weight.

The actual ceremony involved lemons, ginger, cardboard tubes, a mirror and vinegar. But most importantly it included a great deal of chanting, something Laney wasn’t accustomed to, but found easy in the shade of the back garden, which a dumptruck had thankfully replenished with pebbles the previous summer.

Mr Su strongly encouraged personalizing the chants. Laney looked into the mirror at the space just over her shoulder and repeated 99 times, “Give me your sadness, sister. I take it as my own.” The name she’d never really remembered, but refused to forget, came pulsing back. While Ping’s dark hair and teary eyes came into focus, Vicky’s name did too.

Minnie and Lothaire laughed as they paged through Laney’s library book later that night. They had brought dear Ping to a competent doctor who had prescribed the most beautiful green pills and they were convinced that things would be better for their daughter from now on.

And as Ping’s dimple came back, the Victorias knew that they were right.

On her 18th birthday, Mr and Mrs Victoria gave Laney, their yin-burdened eldest, a fancy camera and the gift of a new start. They clasped their daughter’s hands as she sat in a county office, legally changing her name to Vicky Victoria. 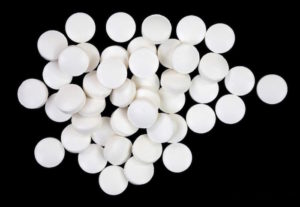