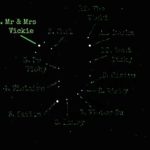 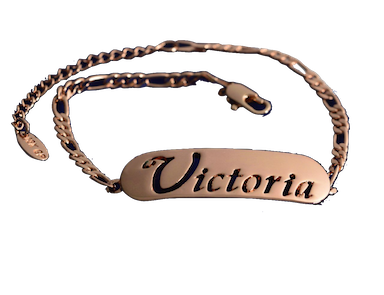 Mike Vickie was no stranger to loneliness—his parents preferred virtually anything to child rearing—so he’d learned to do everything in his power to avoid appearing needy. Sometimes he’d even point at you as he winked; Mike Vickie was a self-made man.

Tricky Vickie had been the only boy on the gym team that could do the human flag, gripping a vertical pole and holding his body horizontally. The core body strength he’d gained, together with a few weeks of practice after his bartending shifts in college, had helped him achieve the degree of apparent spontaneity that he now mastered as he planted his left hand on the bar and swung his legs over the top. He resisted the temptation to point his toes.

When he met Vicky Enders, a grown-up orphan who he readily leapt over the bar to greet, he knew he’d met his match. That Vicky had never been adopted, never found the love of a family, didn’t stop her confident stride from falling in line with his. Vicky’s back story would even help him someday on the campaign trail. Her mother had drowned and her father had offed himself a few weeks later. Tricky Vickie appreciated their hands-off parenting. Vicky was unabashedly happy, down to her contented core, and had no understanding of people who couldn’t see all the glory in the world around her. Over the course of two weeks, Mike and Vicky fell passionately in love with themselves. The Vickies were team players.

From the first flirty snowball fight with Tricky’s frat brothers, the couple became hooked on public displays of manic love. Following a jumbotron proposal with a diamond just big enough to show up on the stadium screen, but modest enough to show he was One of the People, Mike Vickie abruptly considered himself an adult and hired an image consultant named Jall who was also known as the make-up artist for the “Celebrities without Make-up” series of coffee table books. Jall forcibly removed the “Tricky” from Mike’s name and weighed in on his fiancée’s identity situation as well.  Vicky Vickie was out of the question, so the long version was dusted off and applied. She had never gone by Victoria and was thankful for Jall’s help in this first of many ways.

The oversized Vickie wedding portrait, displaying the exuberant couple that had jumped into a pool in a spur-of-the-moment fit of euphoria was a testament to their shared values. The beaming, dripping bride and her joyful husband could be found in several brushed silver frames throughout the tidy home.  Victoria had researched waterproof mascara while Mike rehearsed flicking droplets out of his hair. They concurred on Jall’s suggestion that Mike do one swift crank of his head to the left after breaking through the water’s surface in his tuxedo. This was deemed more “expensive cologne model” and less “golden retriever” than a double crank. The photographer was positioned to capture the moment for eternity. The wedding guests would all recount the tale of the impetuous couple to a minimum of three people each.

The newlyweds sailed seamlessly from their honeymoon to Mike’s Senate campaign. Jall implored Victoria to mention her past as an orphan at least once a week. “I’d also like to give you a more elegant look, one I call Natural Beauty,” he said with an assuring smile. Victoria could almost hear the trademark symbol flitting out of Jall’s mouth and hanging in the air.

“First, we’re ditching that waterproof mascara-it’s too dark for you. I’m adding some length and lightening up on the color.” At first apprehensive about fake eyelashes, Victoria learned to enjoy the heavy feeling when she fluttered her lids. The lashes, which Jall assured her were all-natural human hair, provided a shelter for Victoria that accompanied her wherever she went. She felt like she was forever living under two little awnings and took comfort in the tiny shadows.

Jall was full of surprises for Victoria. He delighted her one day with the promise of some sunshine. An hour later she was standing up in a booth, surrounded by spray jets. Finally she thought all those foster parents and not one ever brought me to a carwash. She reveled in the mechanical process and adjusted her tiny fuchsia goggles as the first of weekly tans was sprayed on. One day Jall showed up with a flat-iron and a box of chocolates. He playfully batted away Victoria’s hands when she reached for a molded bite. “They’re for smelling, dear! Not eating!” When she could no longer resist, he offered, “Pretend they’re little candles. You don’t need bigger arms, hon.” He proceeded to straighten her hair only to place it in curlers.

“Why are we straightening before curling?”

“Natural wave can’t have frizz. It needs to be flat before it’s curled.”

But the flattened, waved hair didn’t pass the bounce test–more needed to be done.

Hair extensions were woven in just like the eyelashes, but then to Victoria’s chagrin, cut to match the length of her current hair. “We’re going for health, not length. Think robust, Victoria. Robust!”  came Jall’s wisdom. Mrs Vickie was thrilled to be able to gather her mass of other people’s locks into a fantastic giant bun and didn’t dare question Jall’s sensibilities when he offered another suggestion: “Cleavage is quite passé. I’d go for a more organic look–I’m thinking saline. Possibly silicone, but we don’t want to limit movement.”

Victoria reminisced for exactly 20 seconds about all the orphan girls who had chanted “Vicky” as she’d transformed her government-issue cotton bra into what she called her ‘tit shelf’, a homemade push-up that defied gravity while making interesting leaps in materials science. The brassiere had probably played a significant role in her emancipation from the orphanage and was proudly worn for 2 full years.  Unfortunately, Vicky’s sexy hoisting system had been made almost entirely of duct tape and other, lesser, bras. Victoria briefly pictured all of her hapless orphan friends who had donated their cotton to the cause, their unsupported breasts swinging around as they swept floors. She nodded approvingly at Jall.

Apparently a near-death experience after a bad reaction to anesthesia will make some people see a bright tunnel. But Victoria swore she remembered taking off from a helicopter launchpad marked “B” and flying silently, effortlessly, to the helicopter’s final resting place adorned with a “D”. In any case, she woke up two cup sizes more qualified for the campaign trail and with a full body rash. No one told her how many machines had been beeping that afternoon or how long her heart had stopped beating. But when she fluttered open her overburdened eyelids, Mike, in a burst of modern-day chivalry, requested that Victoria modify the Natural Beauty package and keep her nose.

In response, Jall unfurled a fold-out case displaying tools that belonged in the gray zone between art and medicine. “We’ll just play around with the shadowing then. Keep the structure, but tone it down a bit.” He winked at Victoria and picked up a blending sponge.

If symbolic cymbals crashed when the couple marched along the campaign trail, no one mentioned it; they just wistfully gazed at the confident pair as they changed everyone’s lives by walking by. Victoria’s scarves, knotted in interesting ways, were like Mike’s smile: you never saw the same one twice. 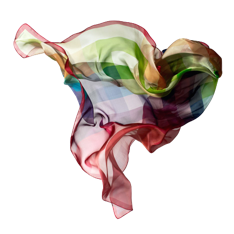 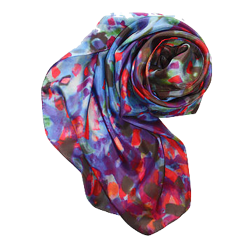 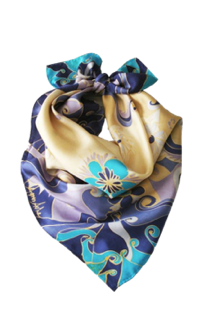 Mike and Victoria Vickie were tangled up at the arm, flashing capped teeth and flanked by security, when they came across a mass of photographers. One stood in the middle of the crowd with her head cocked to the side, her camera lying dormant in her hand. She wore an awkward squint, her eyes scrubbing the couple for a trace of recognition. The photographer was shorter than Victoria and had ruddy skin. She clearly didn’t pluck her eyebrows out and then etch them back in like Victoria did, but otherwise it was like looking through a trick mirror: the woman had the same face.

Victoria reached out to her substandard replica with a hand that was expertly manicured with nude polish. “Victoria Vickie. Do I know you? Have we met somewhere?” she said to what could easily be her own self, only pinker.

“Vicky Victoria, and no. No, I think I’d remember you.”

Victoria was due for a bronzing with Jall and had penciled in lipstick trials for the afternoon. Jall swore he had found the exact color of her lips and wanted to make sure it looked even under three types of lighting. She decided to invite the photographer to coffee instead.

That afternoon, Vicky and Victoria tried. They tried to remember. They tried to understand. They even tried to sit at the same table for one whole hour together as the pink one told the gold one they must be sisters, that they’d been missing each other all these years, hadn’t they? But Victoria shook her head slowly. No, she couldn’t miss someone she didn’t know. She couldn’t love someone she’d never missed. She’d grown up alone. Not sad, but alone. And that wouldn’t change when she looked across the table at her other self. The reunited pair hugged for one uncomfortable minute, fifty-nine seconds longer than either would have preferred, and parted ways again, each hoping the other would let go again for good.

Like most summer evenings, Mike walked by in Superman underpants on the way to the shower, without resisting the temptation to snap Victoria with a towel along the way. “Ouch,” Victoria started, but she felt a sense of acceptance in Mike’s incessant needling. She remembered the glow she felt the first time Mike had lovingly rubbed mashed potatoes into her bangs and now fully sponsored a toothy grin as he stepped into the spray. As the water tinkled, Mike threw his red underwear so that it resembled a super hero cape, cresting in her bedroom until it fell on the floor, the ‘S’ logo face up. That instant, something changed in Victoria and she remembered.

Laney. Laney with her rainbow pillowcase and unicorn pajamas. Laney with her wet hair pressed against her cheeks, her eyelashes clumped into points like the Statue of Liberty’s crown. Laney. Her teeth were so small. She was singing, now laughing, now singing.

Superman, Superman, never give up.

Superman, Superman, you can see the flowers grow.

Victoria chimed in as she had in the mildewed shower of her childhood.

Superman, Superman, fly up to the sky!

It was a shower song obviously composed by and for four year-old twins. With a thrilling sense of urgency, Victoria rifled through her wallet for the photographer’s card; she’d held on to it for a year now. The photographer picked up almost immediately.

The photographer laughed with relief, like she’d known all along what Victoria had allowed herself to forget. “Vicky,” she said, “we’re going to a funeral. Have you ever been on a hot air balloon ride?” 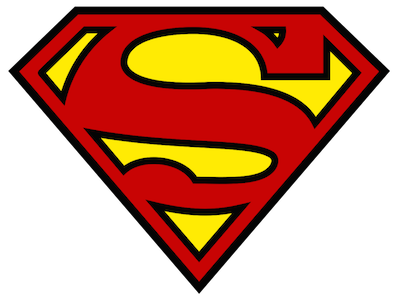